I made a decision tonight, and it’s been coming for a while.  It’s a decision that affects only me. Nobody else is involved, nobody else will even notice. But it’s still important for me. I deactivated my Reddit account.

I’ve been on Reddit for years. I started as a “lurker”, taking advantage of what felt like the Wild West of the Internet and it’s bottomless pit of subreddits. It seemed as though there was a sub for anything I could imagine, and more than a few things I couldn’t. Before long I created an account and began commenting.  As a geek and a people-pleaser at heart I jumped on many of the tech support subs and started commenting on posts from people needing computer help.  I loved the rush of solving their problems.

Unfortunately, Reddit has its share of hooligans, ruffians, and bullies. It seemed there were two types of people on Reddit; those genuinely there to contribute, and these, um, people: 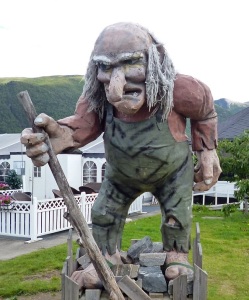 At first I simply ignored the negative comments, as they weren’t directed at me. Virtually all of my contributions were in the tech support arena, so it wasn’t often that I received hateful feedback. Every once in a while someone would call me an idiot for suggesting something, but that was easy to let go.  But more and more I noticed the comments on other posts. It seemed for some people everything…EVERYTHING…had to be political, had to be a sign of hate, had to be something to be offended by. Whether it was a post about remodeling a bathroom, or asking for help with a dead PC, there were comments questioning the original poster’s parentage, intelligence, and appearance.

Out in the larger subs it was much, much worse. Heaven forbid you offer an opinion about a film, or a song, or (gasp!) a current event.  That meant open season on you, my friend. Writing a post asking for advice on what to feed your new puppy?  Well you probably torture animals…and you might be a racist.  Offering a suggestion to someone looking for the best way to clean a granite counter-top?  Yeah, you’re stupid, and you hate the environment, and are most likely a racist.  Saying you want the police to catch the people vandalizing cars in your neighborhood?  That means you hate the poor, and you’re a racist.  Say you support ANYTHING a politician does? You’re Hitler, Stalin, and Satan combined…and a racist.

I saw it happen again and again. Reading through the comments on posts in /r/news and /r/politics became a sort of sick hobby for me.  I made a game of guessing how long it would take for someone to accuse someone else of racism, homophobia, hate speech, being a right- or left-wing nut-job, or, the big one, being a Nazi.  People in the comments were saying things to other human beings they’d never consider saying in the real world.  It seems we no longer live in a world of informed thought and ideas. There’s no longer an interest in listening to other points of view.  You either agree with me wholeheartedly, or you’re the devil. No, today the world is about grievance for the sake of grievance.  It’s gotten so bad that making any comment, no matter how level-headed, puts a target on your your forehead.

“Which side of [insert arbitrary argument] are you on?”
“I can see both sides have a point.”
“Yeah, well I bet you murder kittens…and you’re a racist.”

Reddit isn’t really any worse than the rest of social media. But Reddit is especially disappointing to me because, more than the others, it felt like a place I could enjoy hanging out.  I liked jumping on and helping someone with a NUC issue, or answering a question about technology.  But the whole trolling thing has infected and expanded to every part of it, and there doesn’t seem to be a filter for that. Thanks trolls; you’re why we can’t have nice things.

And I’m sorry to say the trolls are winning. For every even-headed, every day person who goes on Reddit to read about what TV they should buy, there are dozens of childish, cowardly, sad little people who get a sick thrill out of poking people with a stick from behind a keyboard.

Ironically, if I’d posted this on Reddit, it would be mercilessly attacked. Comment after comment would come in questioning my manhood, my intellect, and probably my politics (on Reddit, it always comes back to politics).  But I didn’t delete my account because I couldn’t take it anymore. I did it because I don’t WANT to take it any more. If you put me in a room with a hundred obnoxious bullies and ten nice people, I’d manage just fine. I’d seek out the nice people, and probably get into arguments with more than a few bullies. Could I survive?  Sure. But why would anyone choose to stay in that room?

I know Reddit won’t miss me, and that’s fine.  They can have the room to themselves. I’ll be out here in the sunshine.