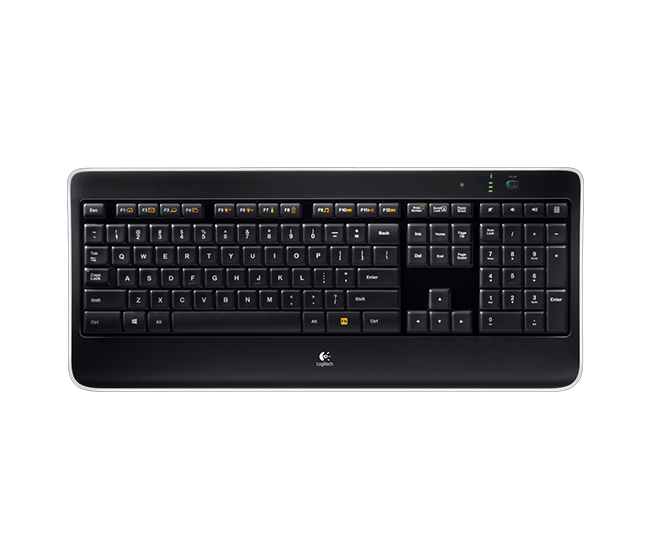 I review tech…it’s what I do. It’s kind of my thing.  Sometimes I like stuff, sometimes I hate stuff, but usually I’m somewhere in the middle.  I’ve found things either useful, useless, or confusing.

Every so often, a product comes along, though, that actually makes me smile. Something so perfect for its use, so well thought-out, so “I never knew that existed, but I must have it!” that I can’t help but love it.  This is a story of one such product.

As you may have guessed, I write…a lot. I have a day job, so most of my writing takes place at night.  I’m a touch typist, so I know without looking where most of the keys on the keyboard are. But I still have to deal with the frustration of finding keys when it’s dark enough to not see them.  This happens to me ALL THE TIME. It’s something I’ve been putting up with for years, I’m ashamed to admit.

And then I heard about illuminated keyboards.  “Of course!” I thought to myself, “the answer to a prayer!” So I set about searching for one to try out.  I found there were many, and all were…well…a bit pricey.  I’ve been a huge fan of Logitech keyboards and mice for years, and they had one that everyone on the Internet seemed to love; the K800. It, too, was on the pricey side at a healthy $70-$80, but it had awesome reviews.

The K800 seemed to have everything I was looking for. It had the light-up keys, it was rechargeable, and it worked with Logitech’s wonderful Unifying Receiver (which, if you aren’t familiar, is another game-changer).  And it’s a nice-looking keyboard too.

One thing I didn’t want was keys that stay lit all the time, and the K800 had me covered there; they keys only light up when your hand is near them.

Being the frugal “computerer” I am I decided to see if I could find a “gently pre-owned” model.  So I hit up all my usual options: Ebay, Craigslist, the local Goodwill.  After a few days of searching I was beginning to lose hope. It was looking like if I wanted to try one I’d have to suck it up and pay…it hurts to say it…full price.  And then it happened; a Craigslist post for an excellent condition K800 for the bargain-basement price of $20.  Sounded too good to be true.  But after reading the post I saw the reason for the low price. First, it didn’t include the unifying receiver.  Not a big deal for me, since I already had one. Second, it wouldn’t charge. Now that’s a problem.

Not one to give up easily, I decided to do some research. Google is my friend. It turns out the most common reason for this keyboard to stop charging is bad rechargeable batteries.  According to Logitech’s support site, the batteries are not replaceable, and if you try it voids the warranty. Well, I think we’re well past the warranty here folks, so let’s see what kind of trouble we can get into.  I did a little more digging and found…you guessed it…instructions for replacing the batteries.  Funny thing; the batteries in the K800 are just standard NiMH AAs.  The only explanation I can think of for Logitech not wanting you to replace them yourself is that they’d rather you just buy a new keyboard. Greedy, guys. Pretty greedy.

Anyway, I decided to take the plunge. I picked up my pre-owned keyboard (talked the seller down to $15…don’t judge me, the keyboard was useless as-is), and picked up a pack of Energizer NiMH batteries from

Walmart.  I opted for a slightly higher 2300 mAh to give me a bit better battery life.

Total investment so far: $25. And I’d end up with two extra rechargeable AAs.

Replacing these “non-replaceable” batteries was as simple as removing a single screw and opening the battery compartment.

Logitech also places a piece of thick black tape partially over one of the battery slots. This doesn’t stop you from replacing the batteries, it just makes it that much more difficult when you’re trying to pry the originals out and the tape keeps sticking to one.

Close ‘er up and we’re ready to rock & roll.  I plugged the keyboard in to my NUC’s fast-charging port and…boom!…I got me one of the awesome-est keyboards around!

I love, love, LOVE this keyboard! My wife thinks I’m weird because I keep telling her how great it is. But it still makes me smile. Every time I’m typing in the dark and reach out to type something, I get a little giddy when the keys light up. Battery life is excellent; I haven’t had to plug it in yet, and after a week of use the battery indicator still shows full.

So, Logitech, if you’re listening; not cool about the “non-replaceable” battery thing. But as for the keyboard; well played.