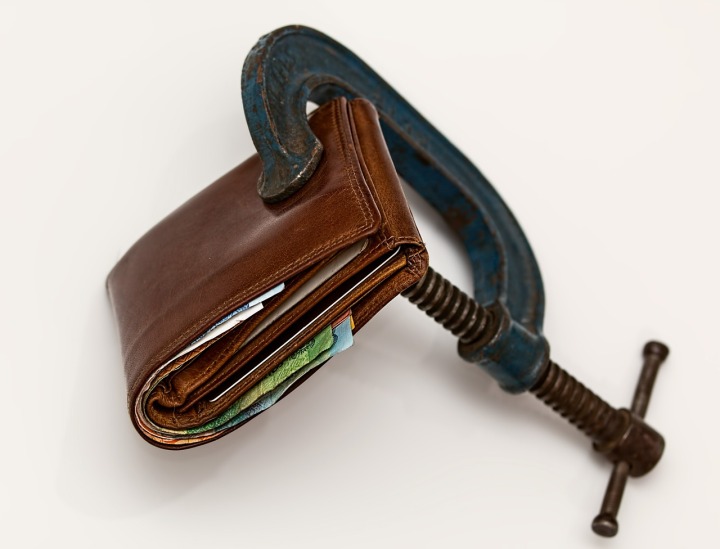 I love computers. I love working on them, building them, fixing them, testing them…there isn’t much about computers I don’t enjoy.  But there’s one aspect of working with computers that I especially love, and that’s deal hunting. I’m borderline obsessive when it comes to finding deals on tech stuff (my wife would laugh at the borderline part). As soon as I know I need a part, tool, or gadget I start right in on finding the absolute best deal I can.  By best deal I don’t mean “cheapest”.  I’ve been down that road, and one thing I’ve learned over the years is that cheaper isn’t always better.  No, what I’m talking about is value. I am obsessed with getting the most bang for my buck.  It’s a great feeling when you hit the sweet spot between price and performance.

Over the years I’ve used quite a few methods to achieve the value nirvana, and I’d like to share a few with you.

This one is a no-brainer for anyone interested in PCs and gadgets.  There are tons of sites out there that accumulate deals from members and post them for the world. It’s a simple setup; when someone finds an awesome deal (like the sixty-four gigabyte USB 3 flash drive I picked up from Staples last month for a whopping two dollars), they post it to the site for others to take advantage of.  Most sites have voting buttons and/or comment features that let people tell others how well the deal works, or if it works at all.  Many also have deal alerts, which let you input what you’re looking for by using keywords and price ranges. When a deal hits the site that matches your criteria, you get an email.  This is a huge feature when you’re bargain hunting because many deals are limited by quantity or time, so the sooner you know about them the better the chances you’ll get what you’re looking for.

I’ve tried many of these deal sites, and the one I always come back to is www.bensbargains.net.  It has it all; deal alerts, searches, categories…even a blog section where you can talk about finding deals. How crazy is that? I use it all the time…and I mean all the time.  It’s not solely for tech deals either.  Any deal goes. But probably the main reason it’s my favorite is the layout:

Ben’s is at the top of my list, but it has some high quality company.  My three other favorites are (in no particular order):

If you try more than one of these sites, you’ll notice there’s a lot of overlap, and you’ll see many of the same deals on all of them.  But you’re also going to find deals that land on just one, so if you’re really looking for that deal you’ll need to spread the love.  If you’re like me, even when you have your deal alerts set up you’ll find yourself refreshing them often, just to see what’s out there.

There are a million sites out there listing coupon codes for different stores, and Retailmenot is the king. A quick search will generally find codes for major websites and retailers.  Coupon codes can save you a percentage off your purchase, or get you free shipping.  They’re fairly random, but if you’re willing to search the codes are out there.

My wife and I both enjoy thrift store treasure hunting. It’s exciting to find something unique or valuable for a steal, and thrift stores are a great way to do that. My local Goodwill has been especially good to me. When it comes to tech stuff, all thrift stores are hit or miss. But I’m fortunate that the Goodwill store near me is just a couple of miles away from a major Intel campus.  That usually means lots of techie types close by, which leads to more tech stuff in the store.  I’ve found some jaw-dropping deals at Goodwill…everything from monitors, to hard drives, to remotes for my NUCs, all at ridiculous prices.

And I’m not talking about old junk, either…the 22 inch, 1080p monitor on my workbench was a ten dollar Goodwill find.  Easily the most amazing deal I’ve found at a Goodwill is the like-new, two terabyte NAS (Network Attached Storage) I found tucked in among the DVD players. I paid a whopping five dollars for it.  When I got it home I had to spend a little time upgrading the firmware, wiping the drives, and resetting the unit to its defaults. But after a little TLC it was good to go. Imagine my surprise when I looked it up on Amazon and found that it was a current model retailing for over six hundred dollars!  And I’m still using it today to stream movies and store data backups. Not too shabby.

So if you’re willing to invest a little time digging through the mediocre to find the amazing, you could strike gold. You won’t find something amazing every time, or even most of the time, but every once it a while you might find something to make it all worth while.

Much like thrift stores, garage sales are hit or miss.  You can usually find listings for garage sales online, and often the listings will give you an idea of what they’ll be selling. “Garagesale-ing” (oh yes I did make it a verb) is one of those things you have to learn as you go, so check your local listings and dive in. A couple of pieces of wisdom: be friendly. The nicer you are, the more likely the seller will be to work with you on the price. Also, it doesn’t hurt to ask for what you’re looking for.

More than once I’ve been at a garage sale and not found anything, but when I mentioned a particular thing I was looking for, the homeowner just happened to have it and hadn’t thought to put it out.  If you have a local Craigslist site, that’s usually the best place to start. And speaking of Craigslist…

I’m on Craigslist fairly often.  It’s a great way to find deals on all kinds of tech stuff. But there are a few things you need to keep in mind about shopping on Craigslist:

There are plenty of scammers on the site, so beware. If something seems to good to be true, it probably is.  Be cautious of postings that have stock pictures of the item being sold, as that’s usually a sign they don’t actually have it.  If the post is completely generic (i.e. the ad is for a monitor, but they only refer to it as “the item”) that can also be a red flag.

Always, always, always meet at a safe, well-lit, and public location to exchange money for the item.  And never, EVER have someone come to your home.  Even if everything goes smoothly, you’ll have a stranger out there who knows where you live, what you look like, and what kind of stuff you have in your house.  Better safe than robbed…or worse. I also make it a rule to never buy something if I can’t see it work first.

This one depends on where you work, and if you’re in an office, you’re probably going to be able to take advantage of it.  Many companies that have intranets (that’s an internal company “internet”) have a way to help employees buy and sell among themselves.  It may be a simple web page, or a more elaborate setup with postings and comments.  Think of it as your company’s internal Craigslist. If you’re lucky enough to have one of these where you work, you might just find what you’re looking for there. The upside to buying and selling this way is that it’s usually much safer buying from a fellow employee, as they’re less likely to take you to the cleaners…you DO know where they work after all.  Also, you automatically have a safe place to meet. the down side, of course, is that the selection is limited to the employee base, so there’s less out there.  Still, you never know.

This is probably the most important tip I can offer you.  Just wait. If you don’t need the part now, be patient, watch the deal sites, search Craigslist, visit the thrift stores, and wait for the right deal, not the first deal.

So there you have it; a few tips & tricks to get you started bargain-hunting in the tech world.  Go into it with the right attitude and expectations, and you’ll be

2 thoughts on “Budget Computing: Bargains and Deals and Steals…Oh, my!”